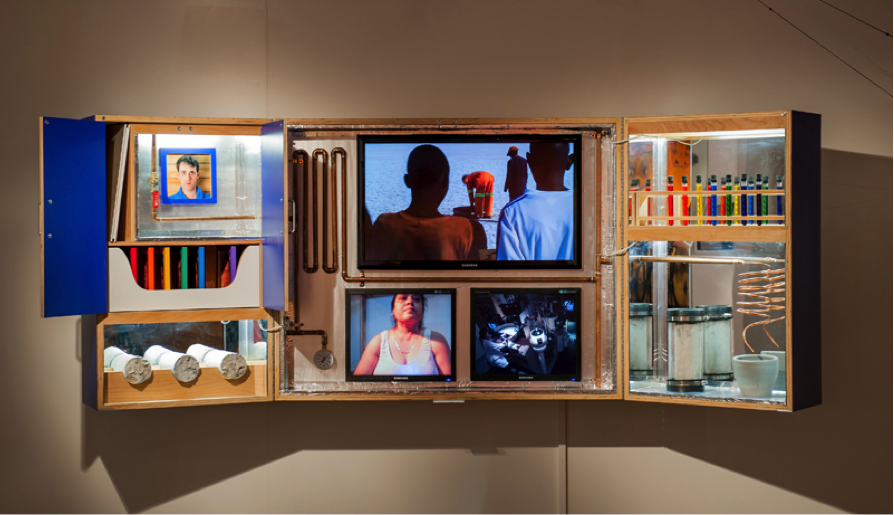 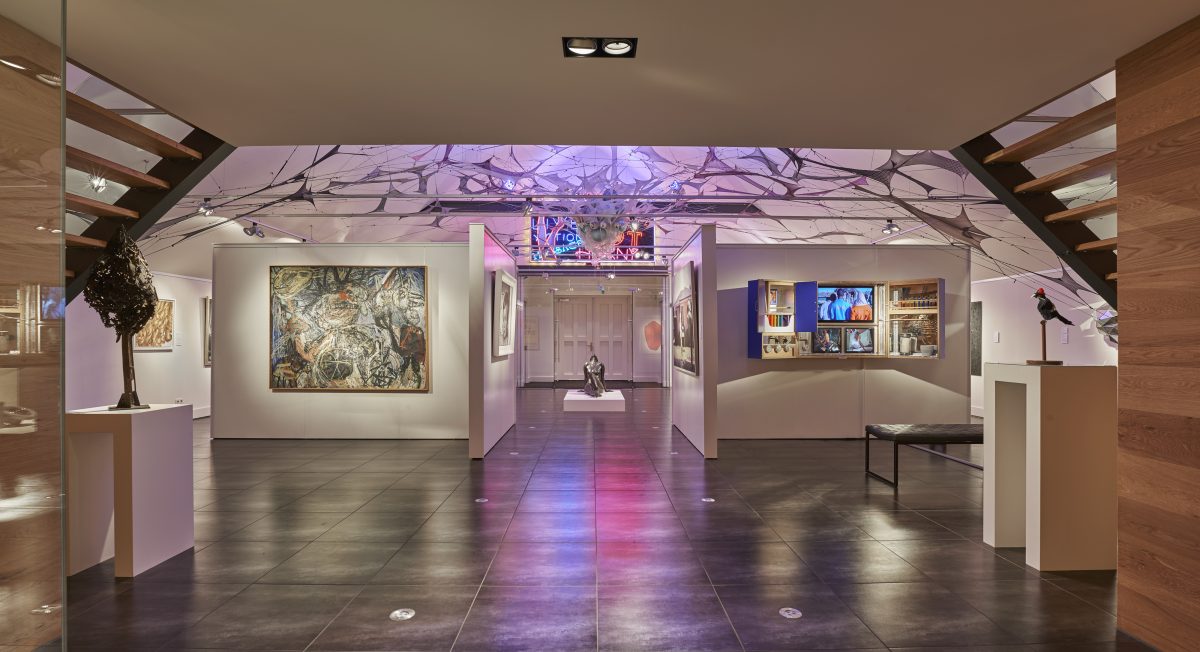 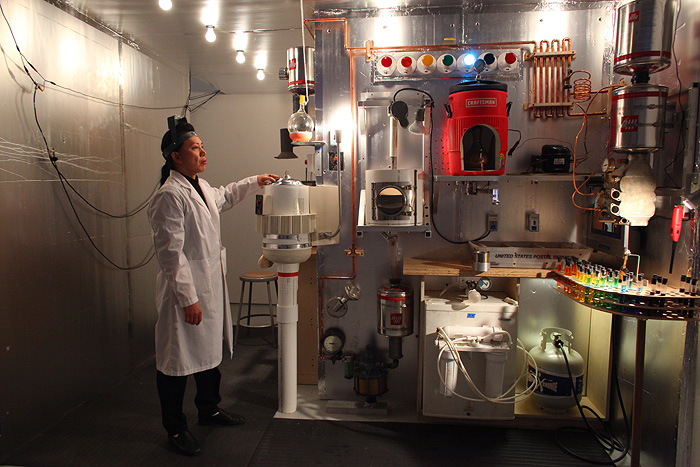 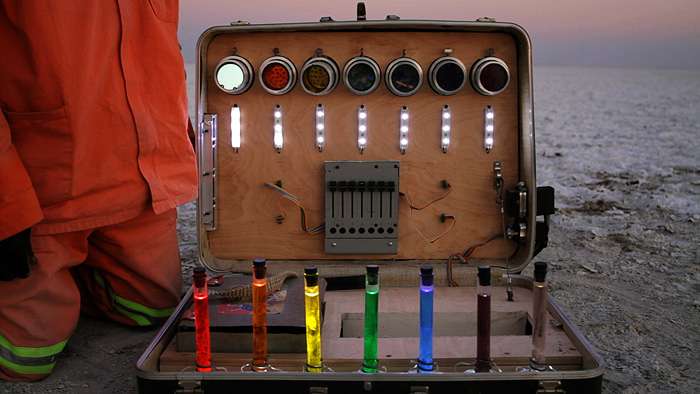 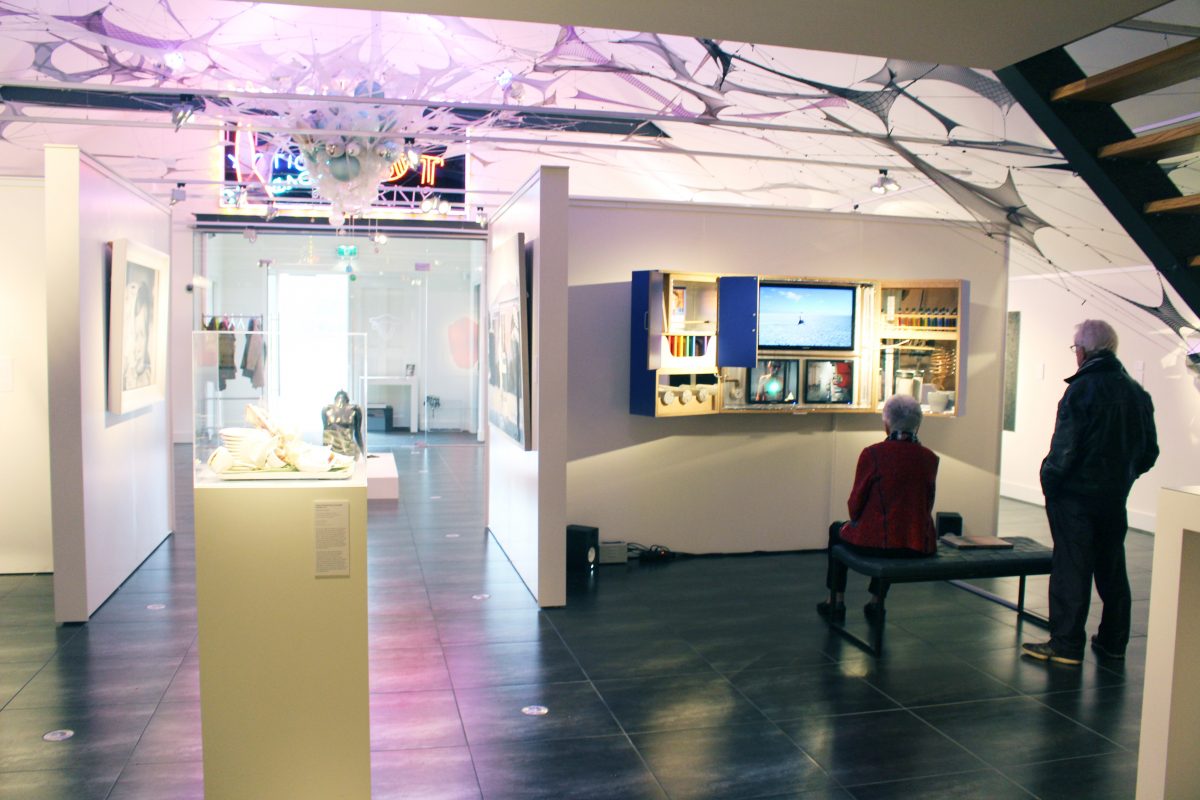 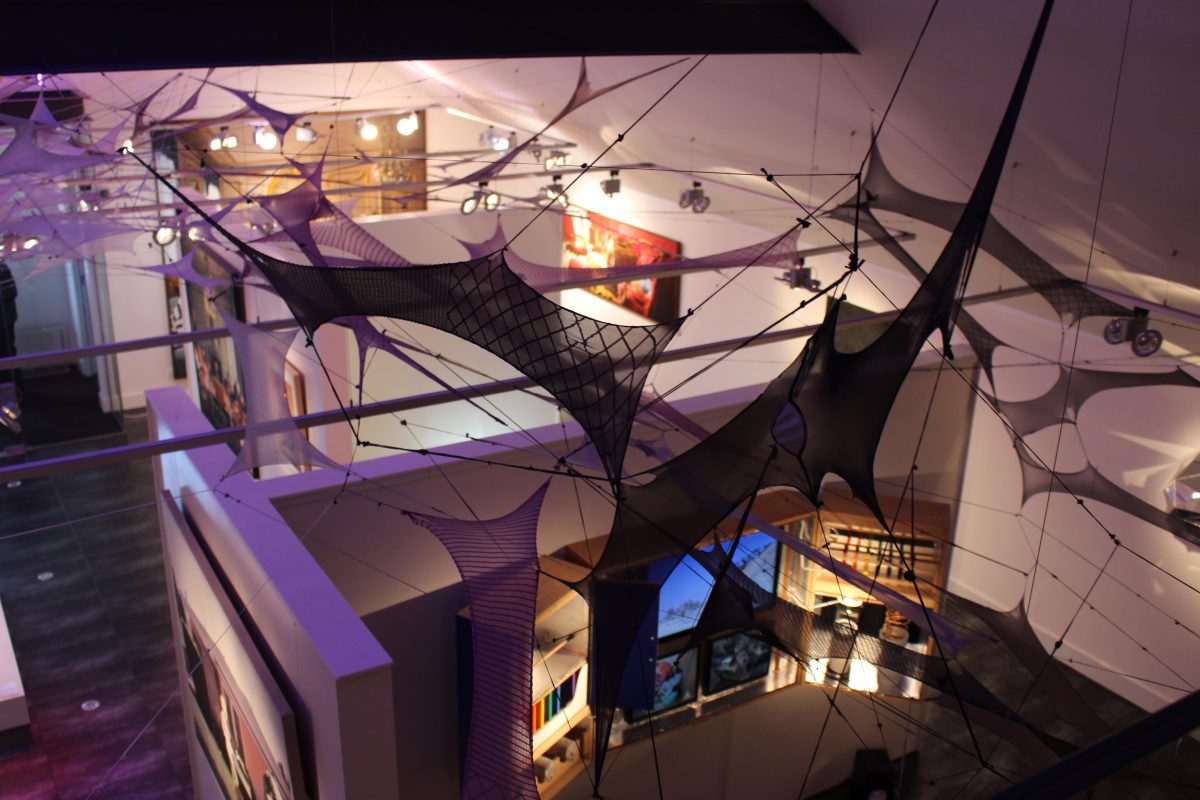 On view in the Bergarde Stable

SEVEN (Jason) is a collaboration between Mika Rottenberg and Jon Kessler.

SEVEN was a performance during Performa 11.  Commision at Nicole Klagsbrun Project, New York, NY. Sculptor Kessler and video artist Rottenberg joined together to create a multi-faceted experience.  The piece follows the parallel narratives surrounding the production, collection, and distribution of “chakra juice,” or the sweat byproduct of a cast of performers engaging in a ritualistic physical activity. Moments after the lab-coated scientist drops the chakra juices into a rice-cooker-like device, they pop up in Africa (Botswana) in the video, seemingly by magic. Once all seven colors are assembled, two men act out a ritual, pouring the juice into a hole in the ground, resulting in a volcanic explosion of colored liquids, represented in an animation.